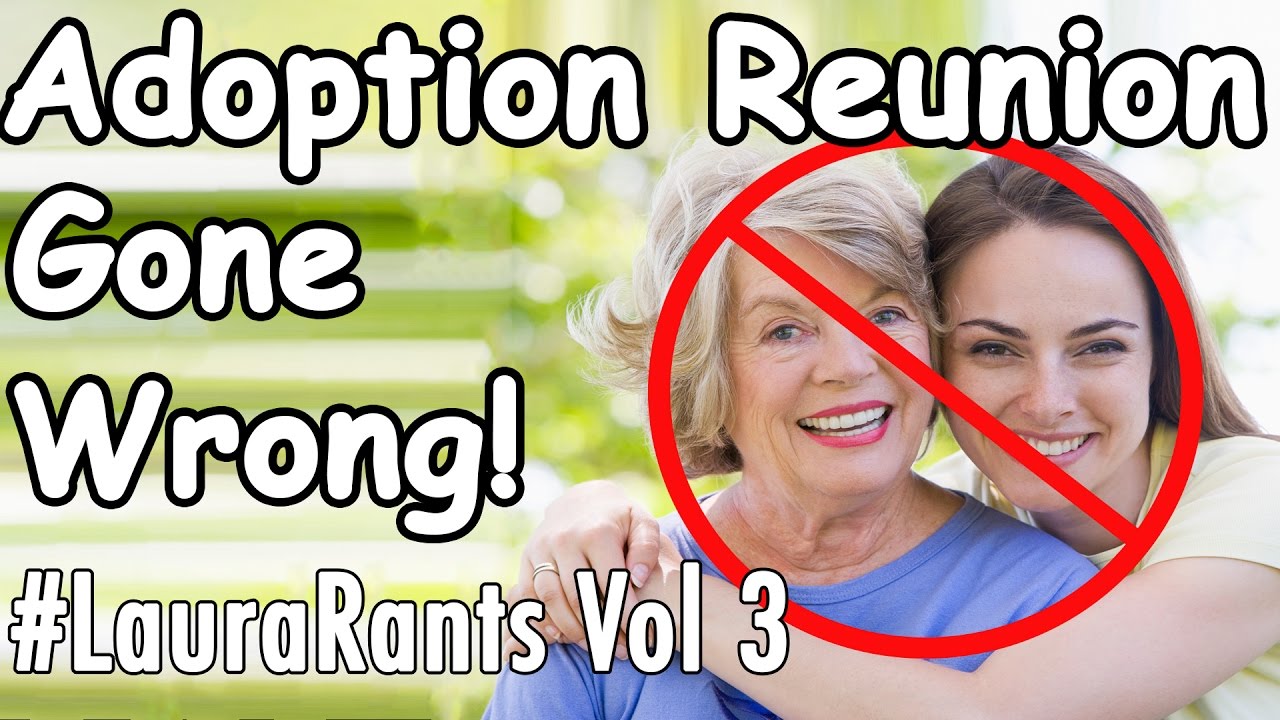 If you want to email me – AdopteeRejection@gmail.com

1. I do read each and every comment & I can’t tell you how much I appreciate all the love & support.

2. Did you keep in touch with your grandmother or brothers?
I didn’t keep in touch with my brothers or grandparents. I spoke to my birth grandmother on the phone just after I received the empty envelope & she was devastated. She said she doesn’t understand why but she has to respect her daughter’s wishes. It’s sad because they were SO excited. Apparently, my birth brothers are too nervous to have contact with me. They are afraid they’d be disowned by their parents. They may want a relationship with me after their parents die but who knows.

4. They gave you up for a reason, you shouldn’t have searched in the first place.
Some people say that they gave me up for a reason so of course they wouldn’t want any contact with me otherwise they would have had an open adoption. This is not necessarily true. In the 70s most adoptions were closed. The idea of an open adoption is a fairly new one. I know many birth mothers who are searching for their birth children & would be overjoyed to be found. My SIL is one of them.

5. Medical information isn’t a reason to search, especially in today’s day and age of technology.
Some people have said that I shouldn’t have searched & wanting medical information isn’t a good enough reason. Especially in today’s day & age of technology. Firstly, I searched over 20 years ago & there wasn’t that medical technology. Secondly, I actually have a medical issue that can possibly be hereditary. There is no way of knowing if it’s the hereditary kind unless there are other family members who present with it as well. There is no test to find out. If it is hereditary then my children have a 50% chance of having it as well. The test for it isn’t fun so I wouldn’t want to put my children through that unnecessarily. So getting that information would be helpful to me.

5. You must hate your birth parents.
I don’t hate my birth parents. I feel sad for them and sad for their family members who do what to know me. I think it was a terrible way they handled being contacted and I think they could have sent me a rejection letter that was kinder and gentler than the way they did it. I only wish I knew WHY. It’s the not knowing the why that’s the hardest.

6. Why would you want to search if you had a good relationship with your birth family?
Me wanting to search for my biological family had nothing to do with the love I had for my mother. My mom was my MOM & no one would ever replace her. She always knew I would want to search and she gave me the information to do so. We always had an open dialogue about her feelings on the matter and I constantly reassured her that I loved her completely. Searching for your birth family doesn’t mean you are unhappy with your family.

7. Have a tired contacting them again?
Yes I have. I tried one more time about 9 years ago. When my mother died I was alone in the planning of her funeral. I didn’t have a dad or any siblings to help me. I had to write her obituary and I had no idea of how to write one so I googled it. Ironically enough my birth father’s father had died the day before my mom and I saw his obituary. I knew it was him because my birth father’s name is unique so that particular obituary stood out to me. I sent my birth father a condolence card and explained that I had lost my mother as well. I said a few other things in the card that were nice and kind with no anger or anything. I never heard from them.
I tried contacting my grandmother during that time as well and she said nothing has changed and she still had to respect their wishes.

8. Some biological parents treat their children like garbage, that’s worse than being adopted.
Growing up like that is horrible. I can’t imagine how that would feel. I appreciate people sharing their stories. But, I want to say that me sharing my story is not saying your story is any less or that there aren’t people out there who don’t have it worse. I know there are. I know I’m lucky in many ways.

9. Let it go, you are clearly letting it eat you up inside.
This video is a moment of time in a day where I was feeling a bit blue. This certainly doesn’t control my life. I am very happy and feel very blessed. The reason I decided to share this story is because I wanted others to feel less alone. And, based on the comments and emails I receive from people I know that I made the right decision to share. But those raw feelings are not a part of my daily life.