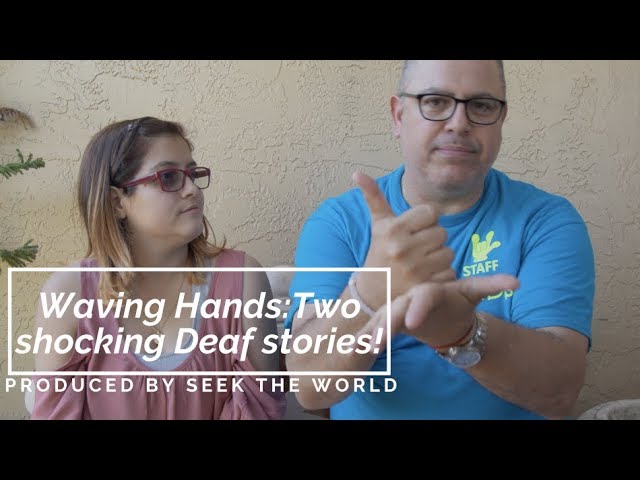 (No subtitle due to some issues going on)

John, a president of the Waving Hands, experienced a terrible incident. He got himself a car accident. He got his back pain so he was required to be strapped to ensure that his back has no fracture or whatever it is. He didn’t want to be strapped on. But he had to, so, he was brought to the hospital. The nurse left him in the hall. He was stuck and unable to communicate due to his arms were under the strap. He tried to communicate, but nobody understood him. He was stuck for eight hours until his former student saw him and unstrapped him. Can you imagine? Eight hours!

That’s the goal they have! Amazing stories!

Troy Kotsur to play CSDR coach in Disney+ series
We Hit 100,000 Subscribers! Thank you!
How to Make Sure Your Child is Washing His or Her Hands at School
What is Ai-Live? – Open Captions OC by Ai-Media
Update: 6 Years Old Girl Knows Three Language: ASL, RSL, and English